As most of you know Gateway, the organization that we worked with in the past, has closed.  This was a disappointment for many of us but we decided to partner with a different group, Casas por Cristo, for this year’s mission trip. Casas por Cristo is a Christian organization whose core mission is while building homes “to reach the people of México, Guatemala and the Dominican with the love of Jesus Christ.” 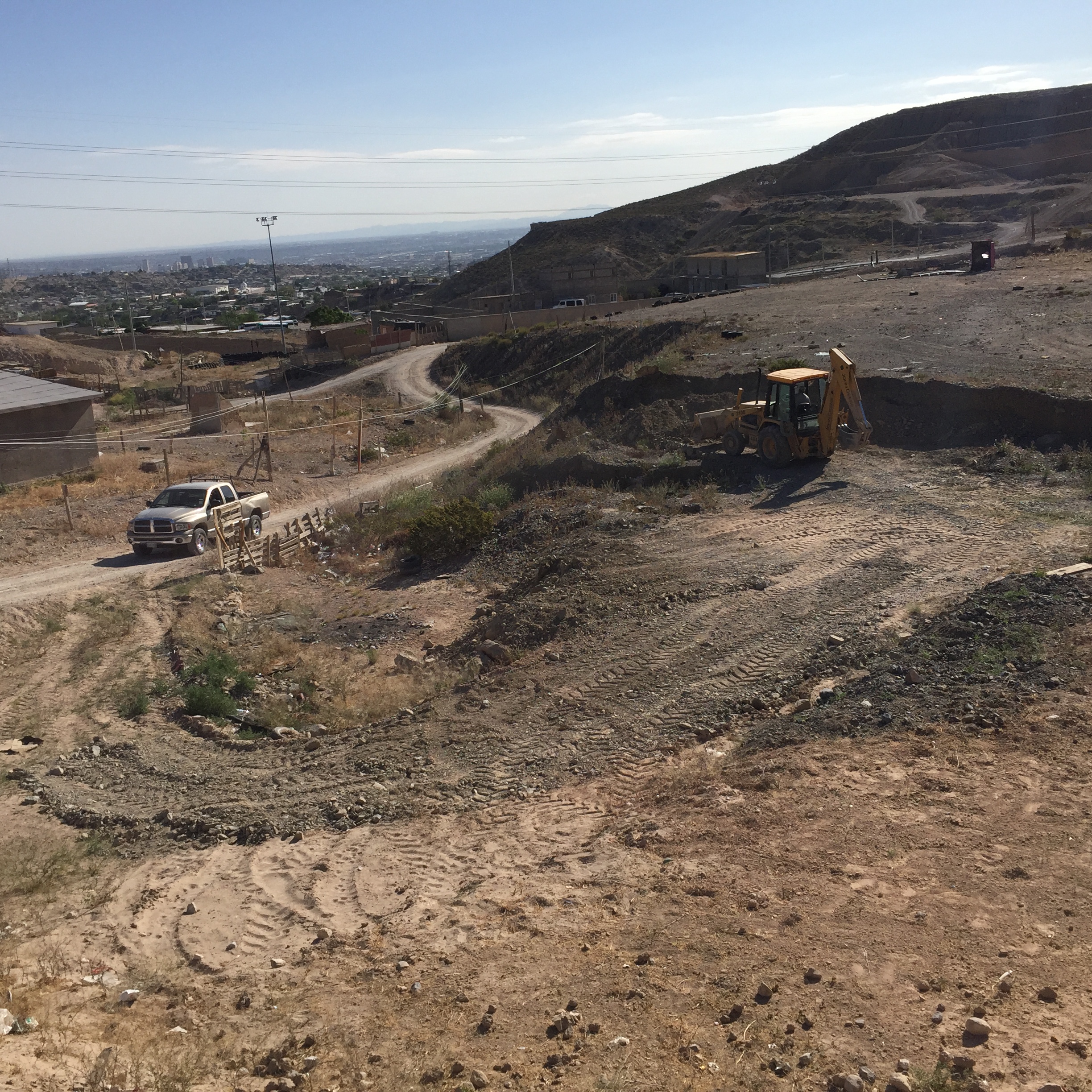 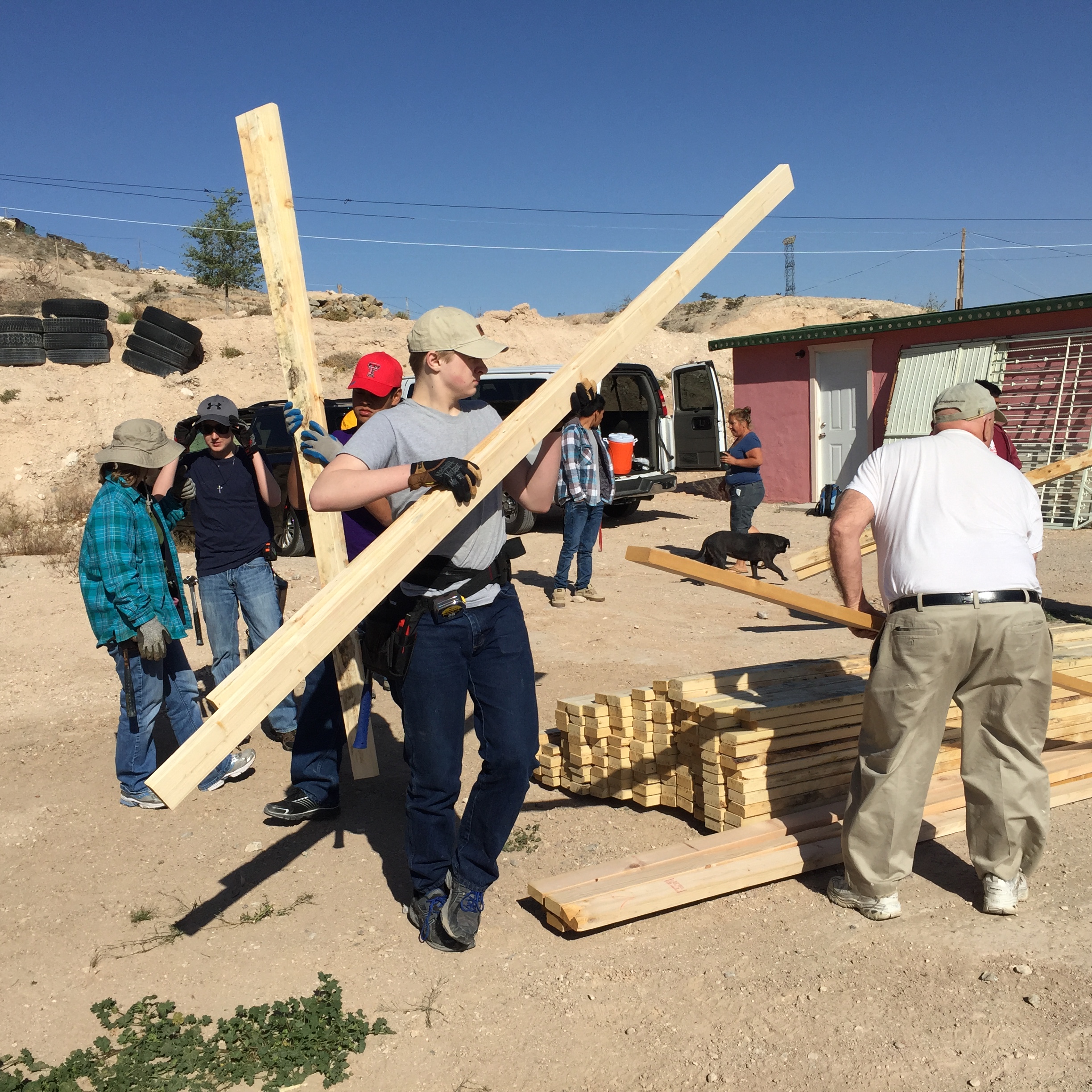 One of the differences between Casas por Cristo and Gateway is that we had to pour the foundation; in the past the concrete slab was prepared before we got to the site.  To do this we had to build a frame for the foundation and also level the site.  As we set about the task we quickly realized that it wouldn’t be as easy as we thought.  The ground was extremely hard and rocky, not like the soft sandy ground we were used to in Juarez.
We went to work but soon started to worry that we wouldn’t have it leveled in time for the concrete truck.  But sure enough we were blessed with our first “miracle”.  A man in a backhoe was working near by and offered to help, he was able to accomplish in minutes what would have taken us hours. 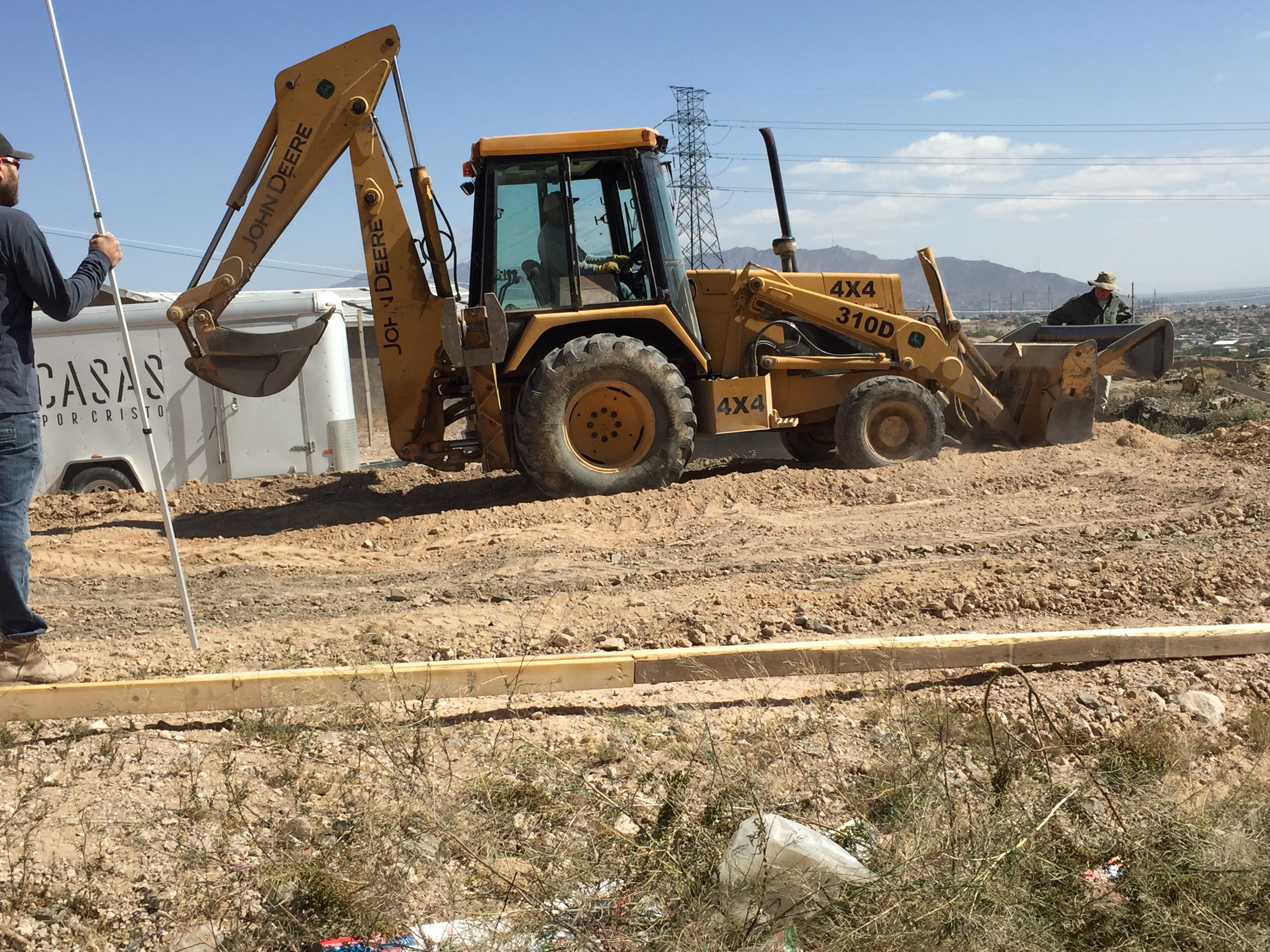 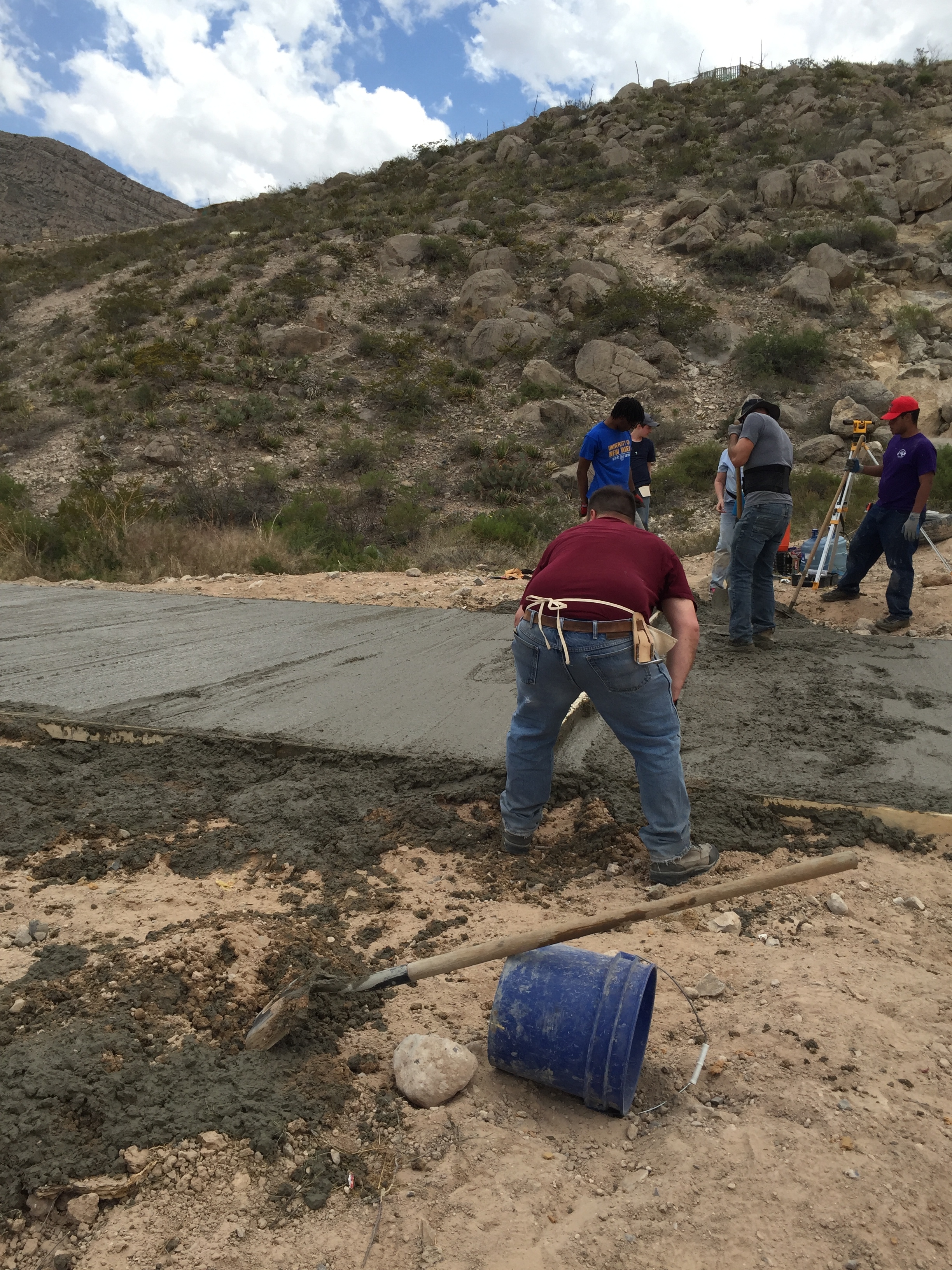 Kevin Bell best describes the second “miracle”, “ I was working with Rich making the stucco when the mixer fell over and I injured my hand.  It was getting late and I was worried that we wouldn’t finish stuccoing the house, when suddenly several men appeared offering to help stucco the house.  If they hadn’t shown up we would probably still be there stuccoing the house!” 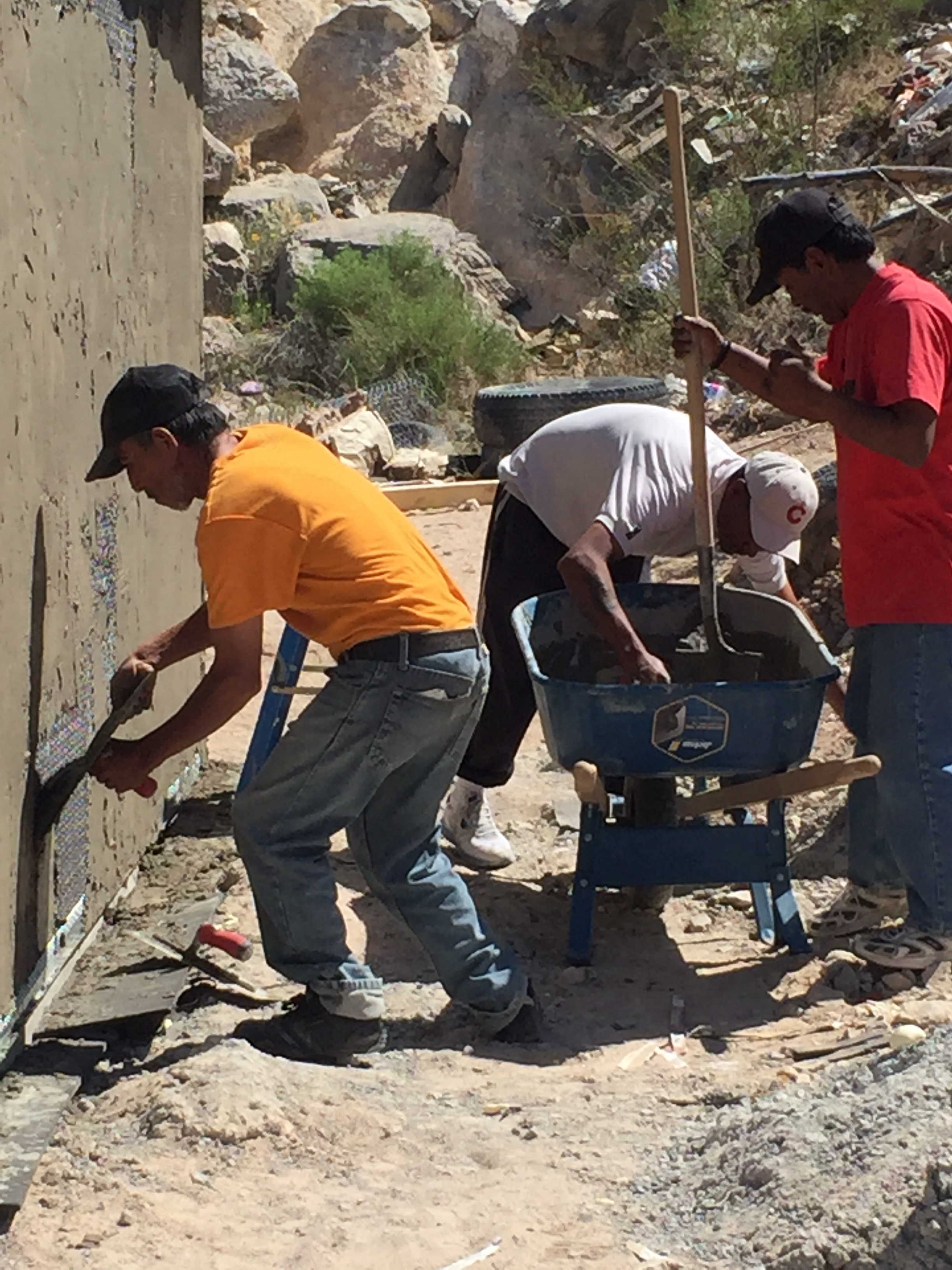 Each day we were provided with lunch at the community kitchen, Graciela and her friends even provided us with cold juice in the afternoon.  In the evening we read scripture and reflected on the day, the ups and downs and where we saw or felt God’s presence.

Whether is was laying the foundation or stuccoing the house, God was with us sustaining us, supporting us and strengthening us so that we could provide Graciela and her family with a much needed home. 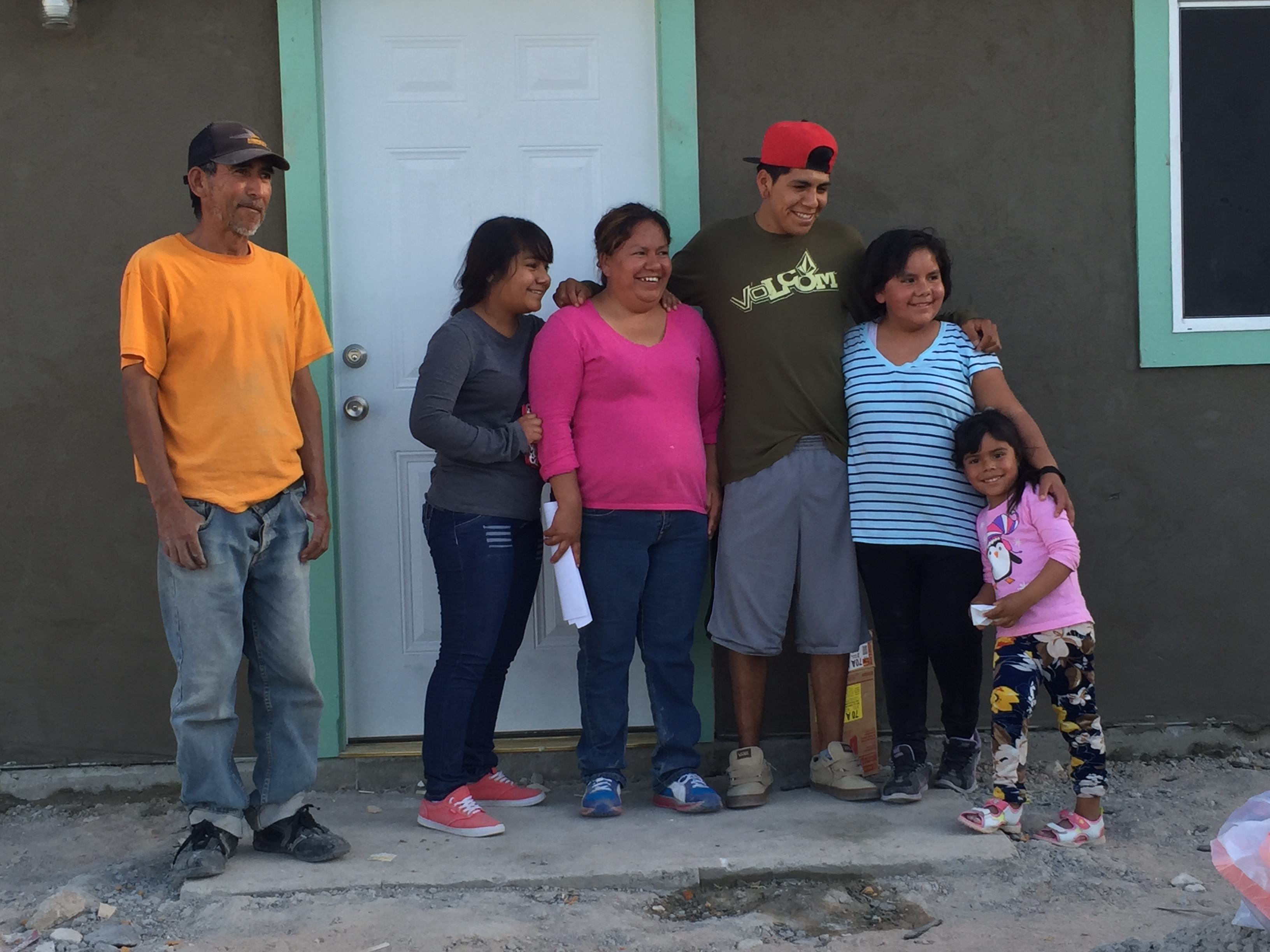 Psalm 133:1 Behold, how good and how pleasant it is for brethren to dwell together in unity! 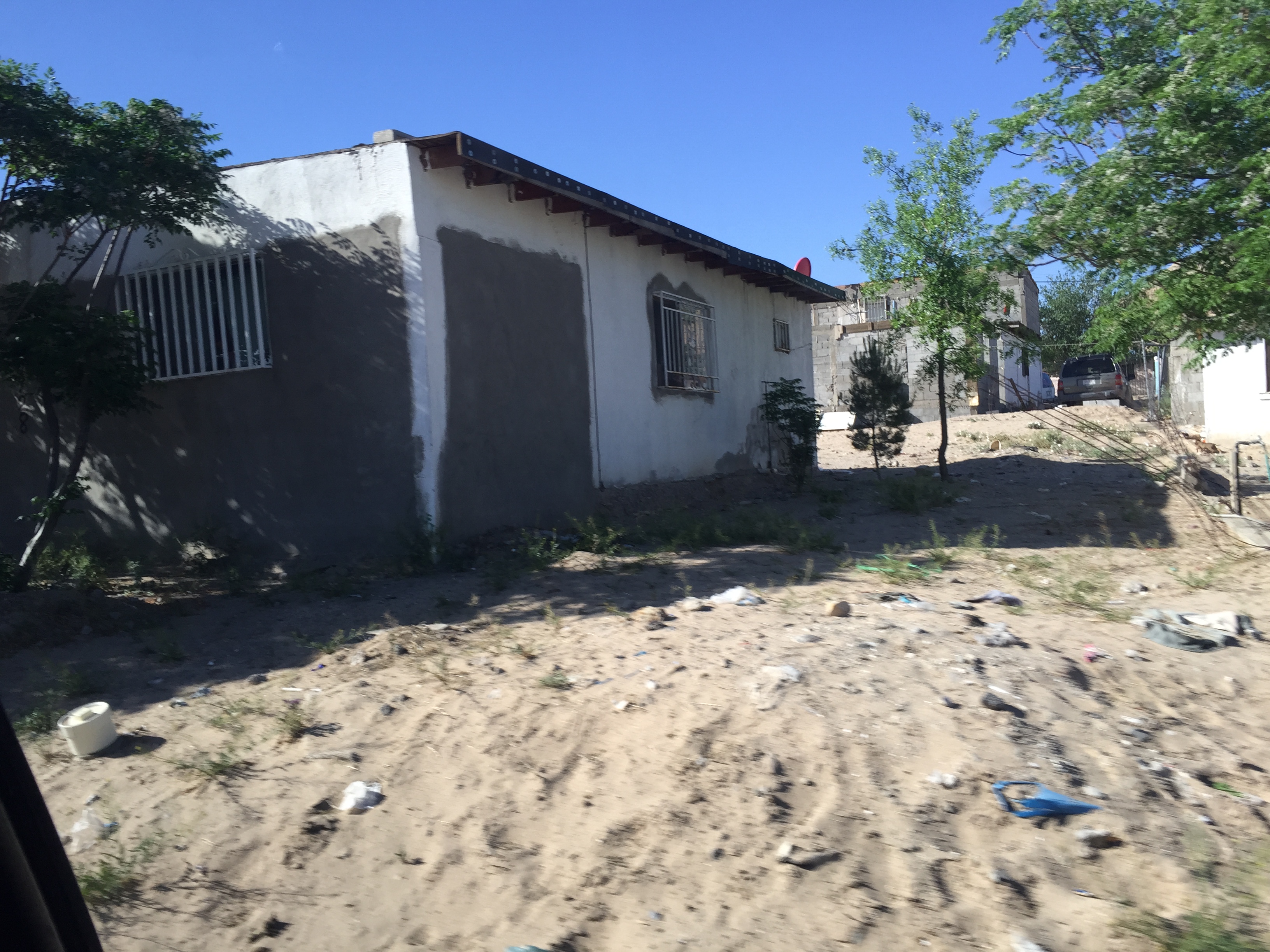 The 2015 Juarez Mission team arrived at the site to overcast skies. Miguel and Lupe have 5 children but the older children (all boys) are grown and don’t live with them. Their daughter Mirka, who is 7 years old, is handicapped (her legs are not fully developed) and is confined to a wheelchair. 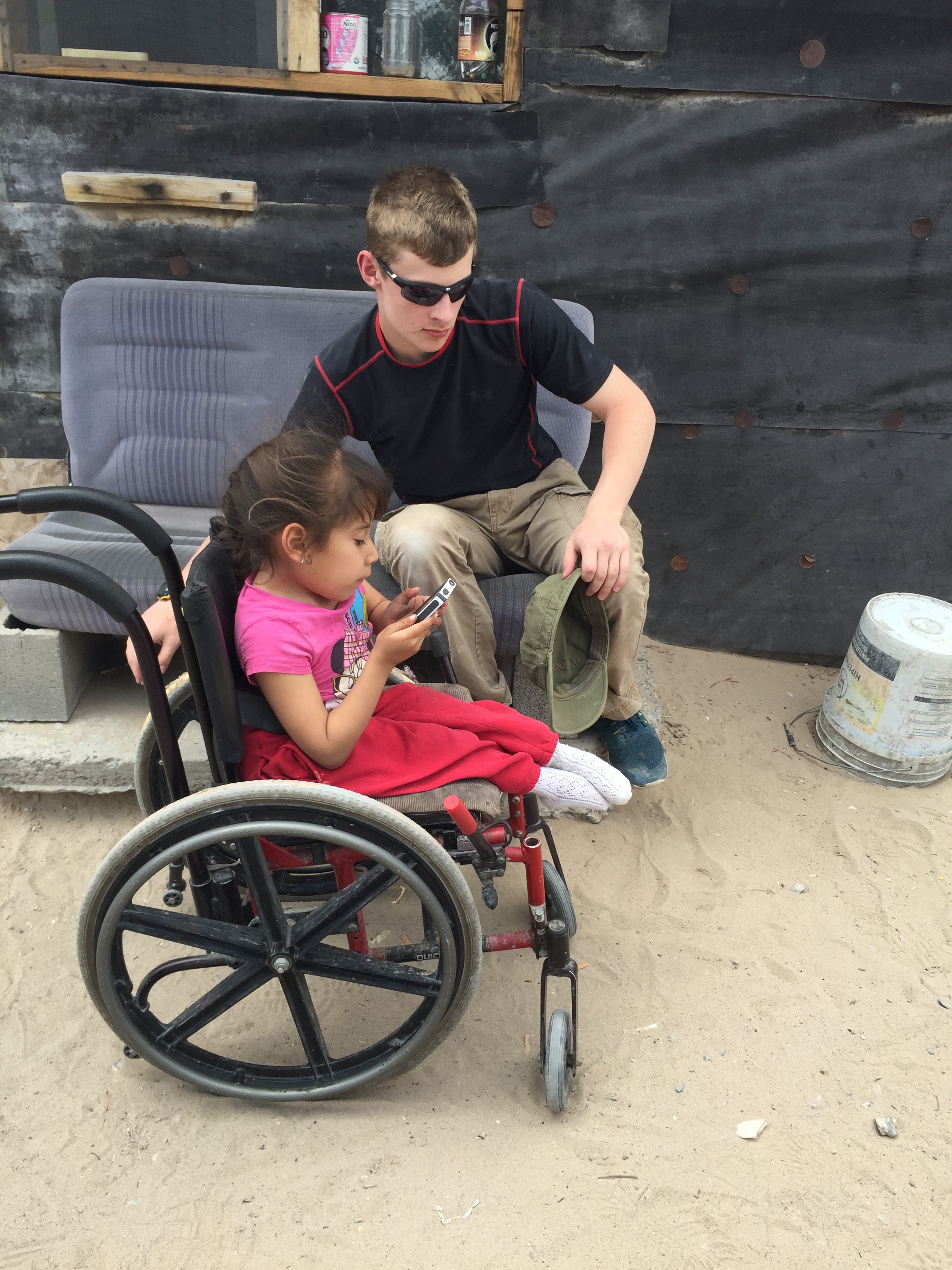 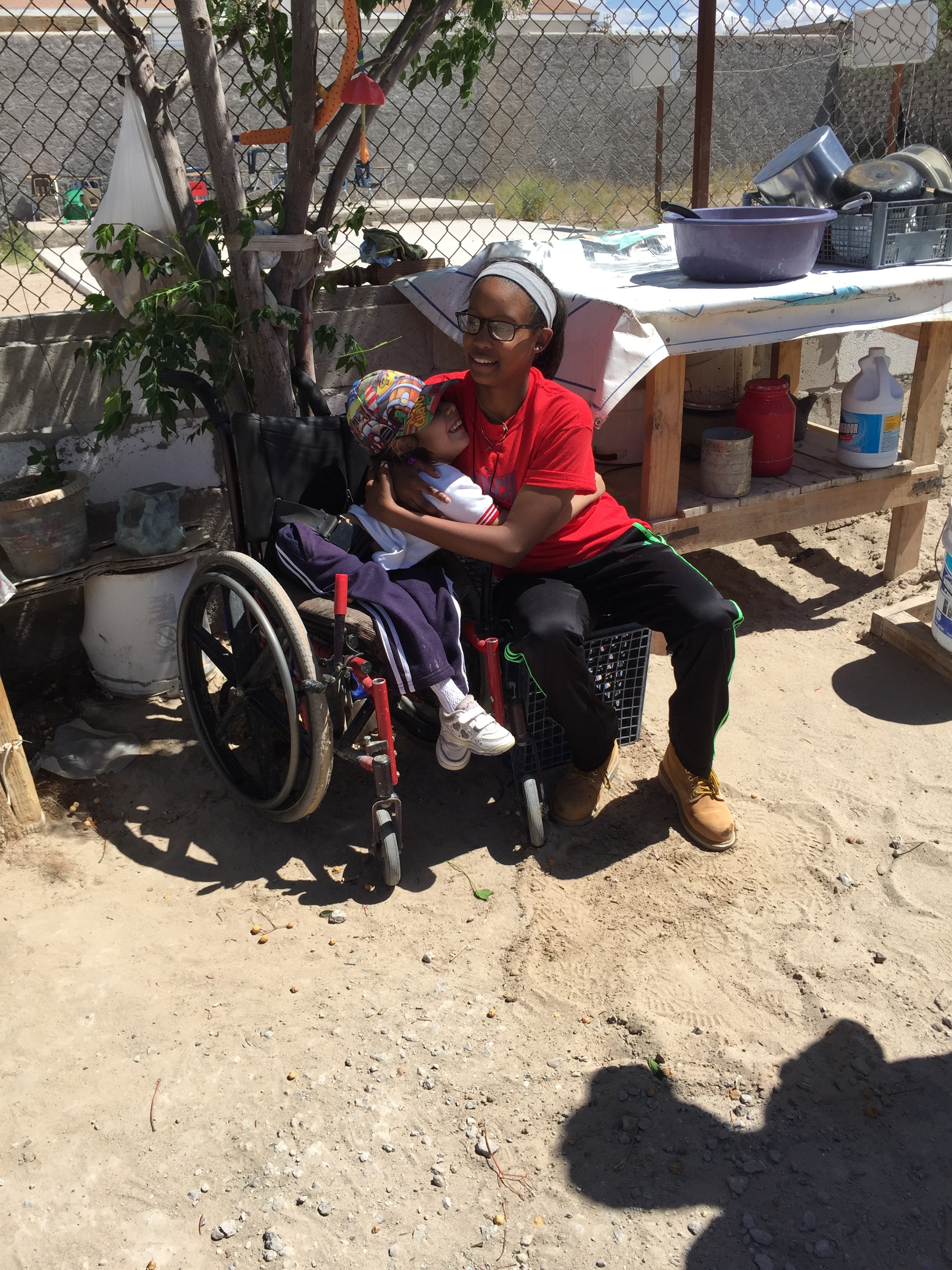 What a shock for all of us! It was hard for us to imagine how difficult it would be to raise a handicapped child in those conditions. However, we found that Mirka to be a very happy child. She instantly bonded with Warner and Henry and spent time with them taking selfies on their cell phones. She even taught herself English using Henry’s phone! The father, Miguel, was exceptionally well dressed. You would have thought he was a college professor or businessman. He works in a factory doing computer work. Even though the house the family was living in was made from skids covered with carpet, the house was spotless and the family seemed to be content and happy. 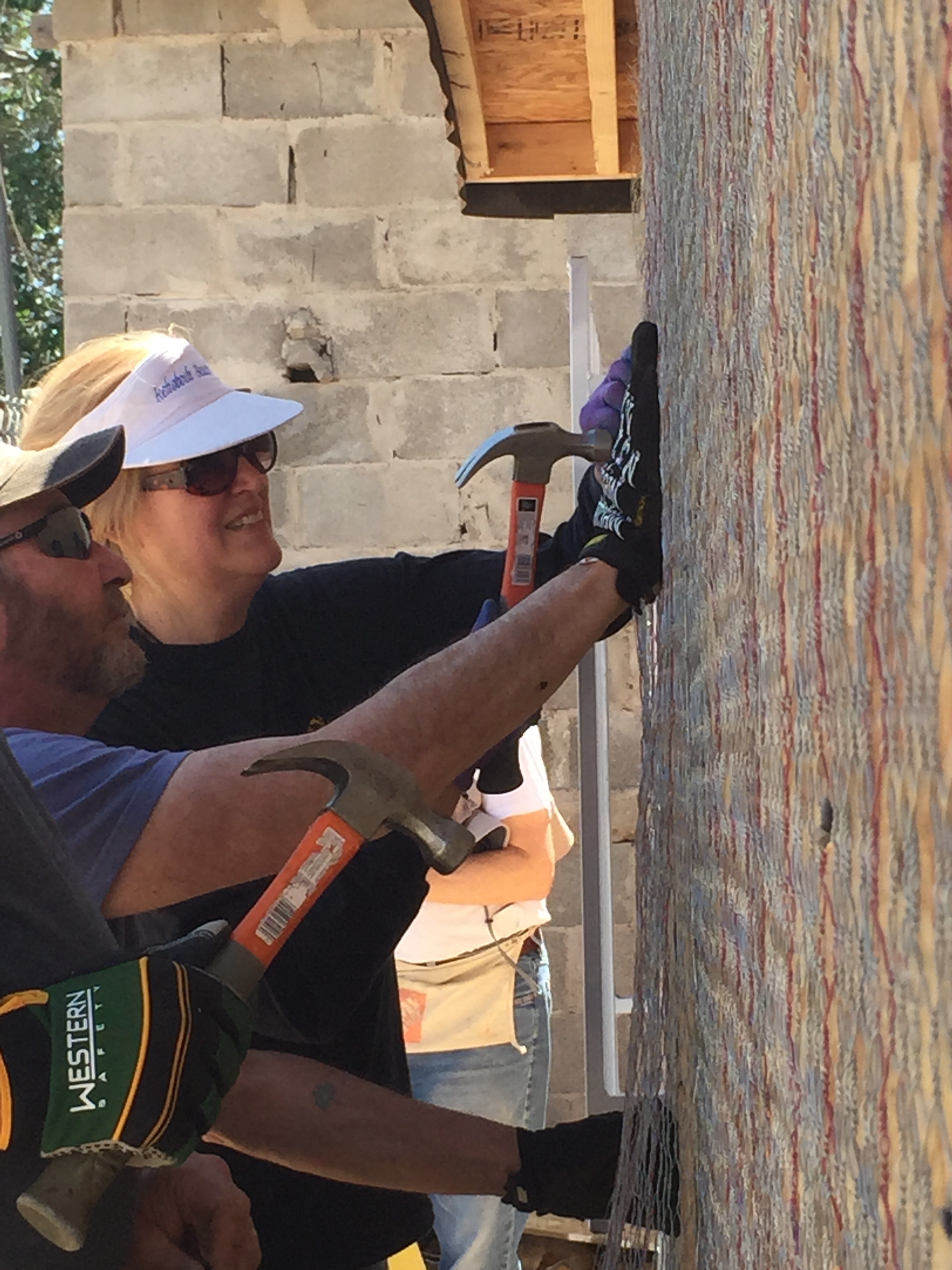 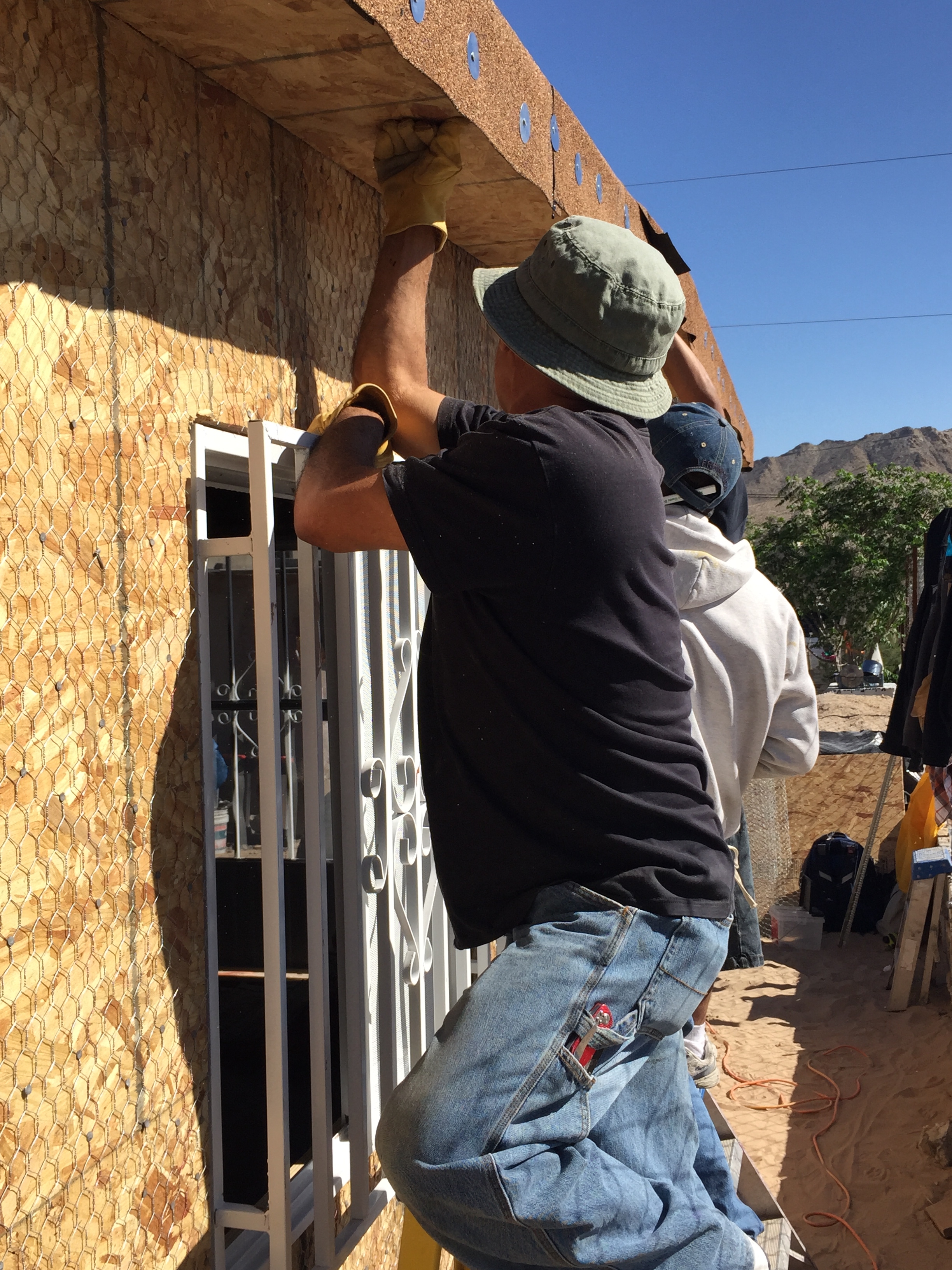 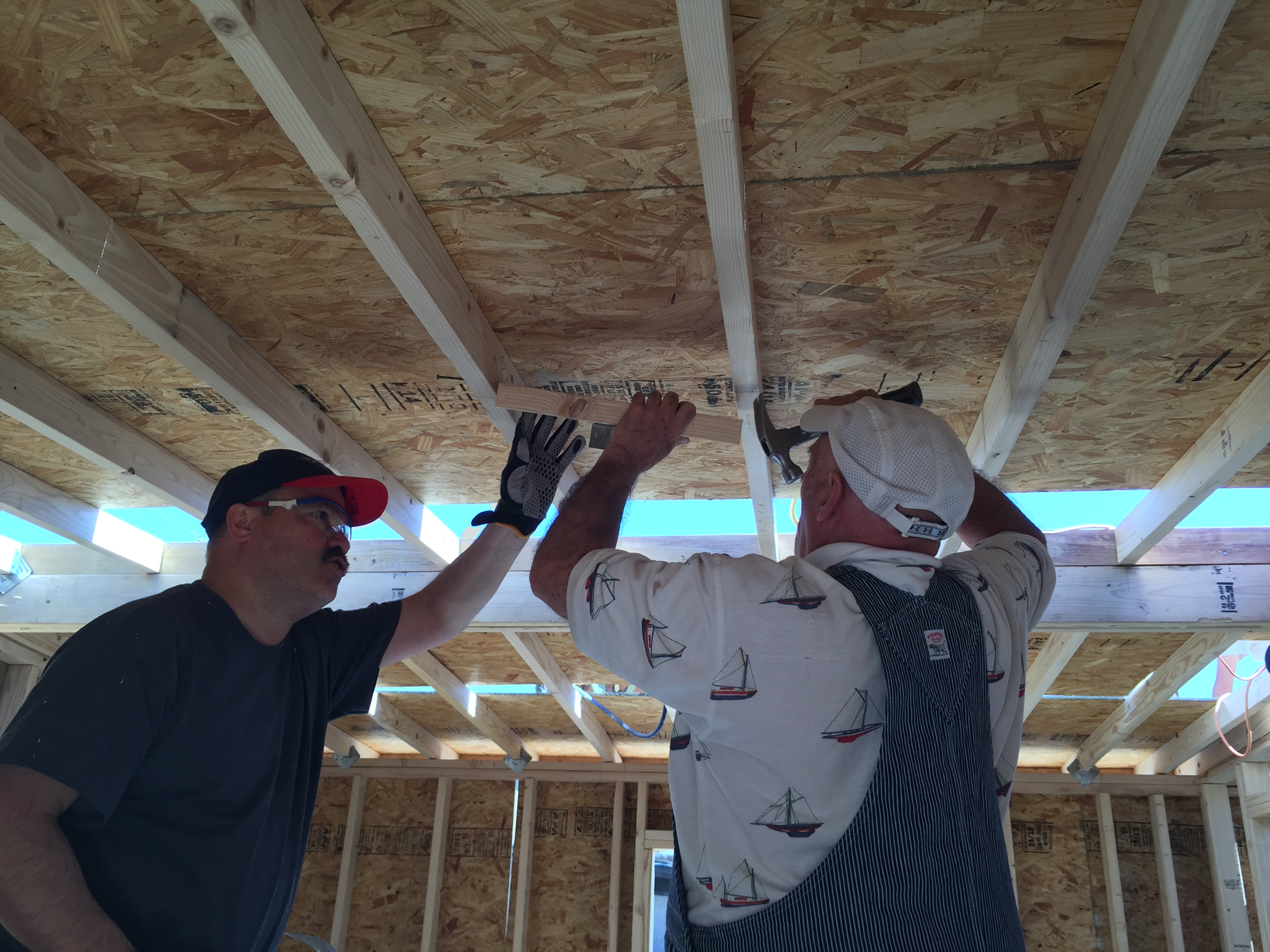 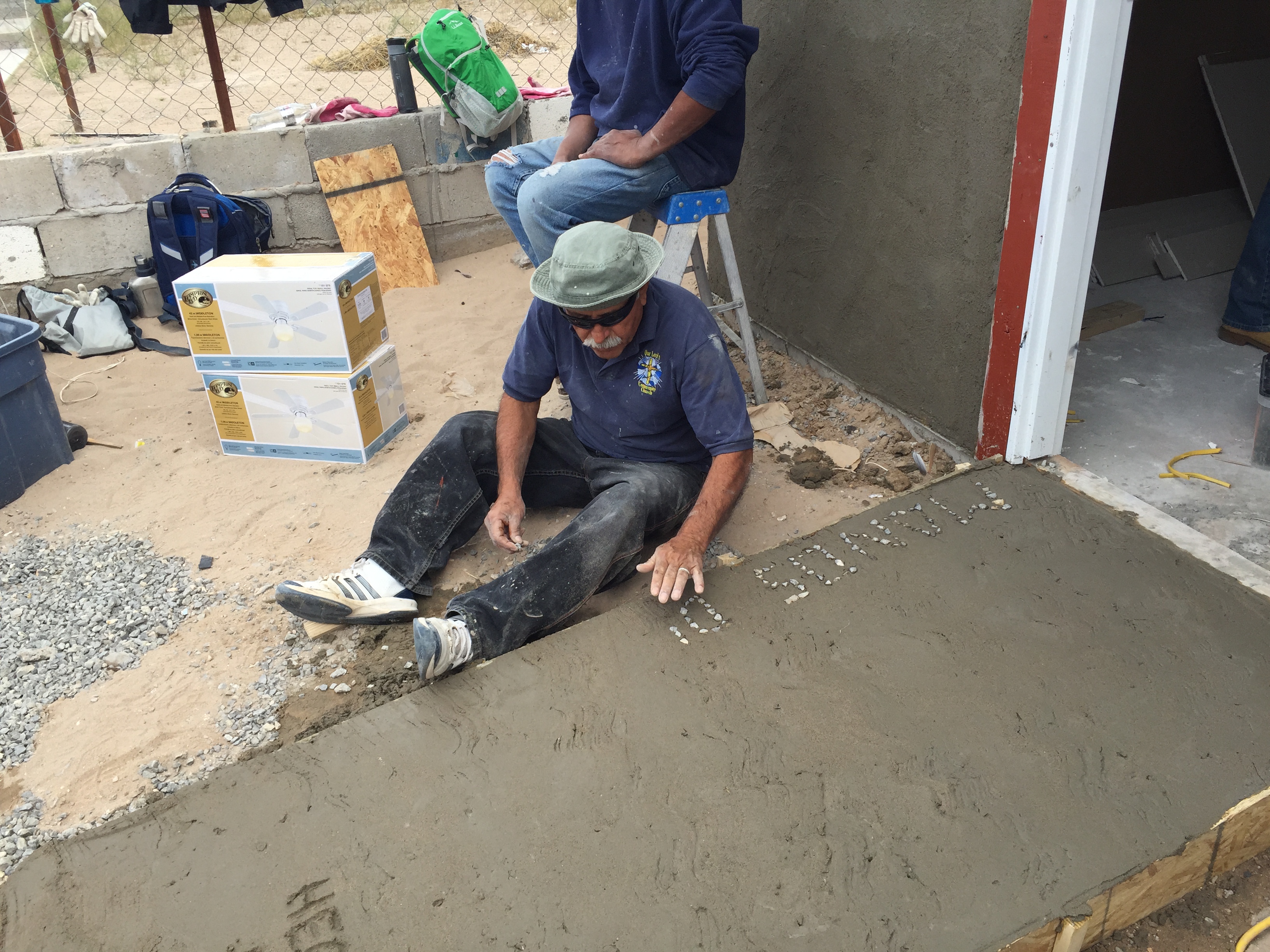 The team worked hard and by the end of the day on Thursday we had completed the house. At our request Jose (part of the Mexican crew) put in a ramp so that Mirka could get into the house easier. The Reverend Dan Klooster dedicated the house in a beautiful ceremony that was conducted in Spanish and English. It was through the generous donations of the parishioners of St. Peter’s that we were able to provide this wonderful family with a home, a beautiful dining room table and a bed for Mirka. Thank you for all your support and prayers. 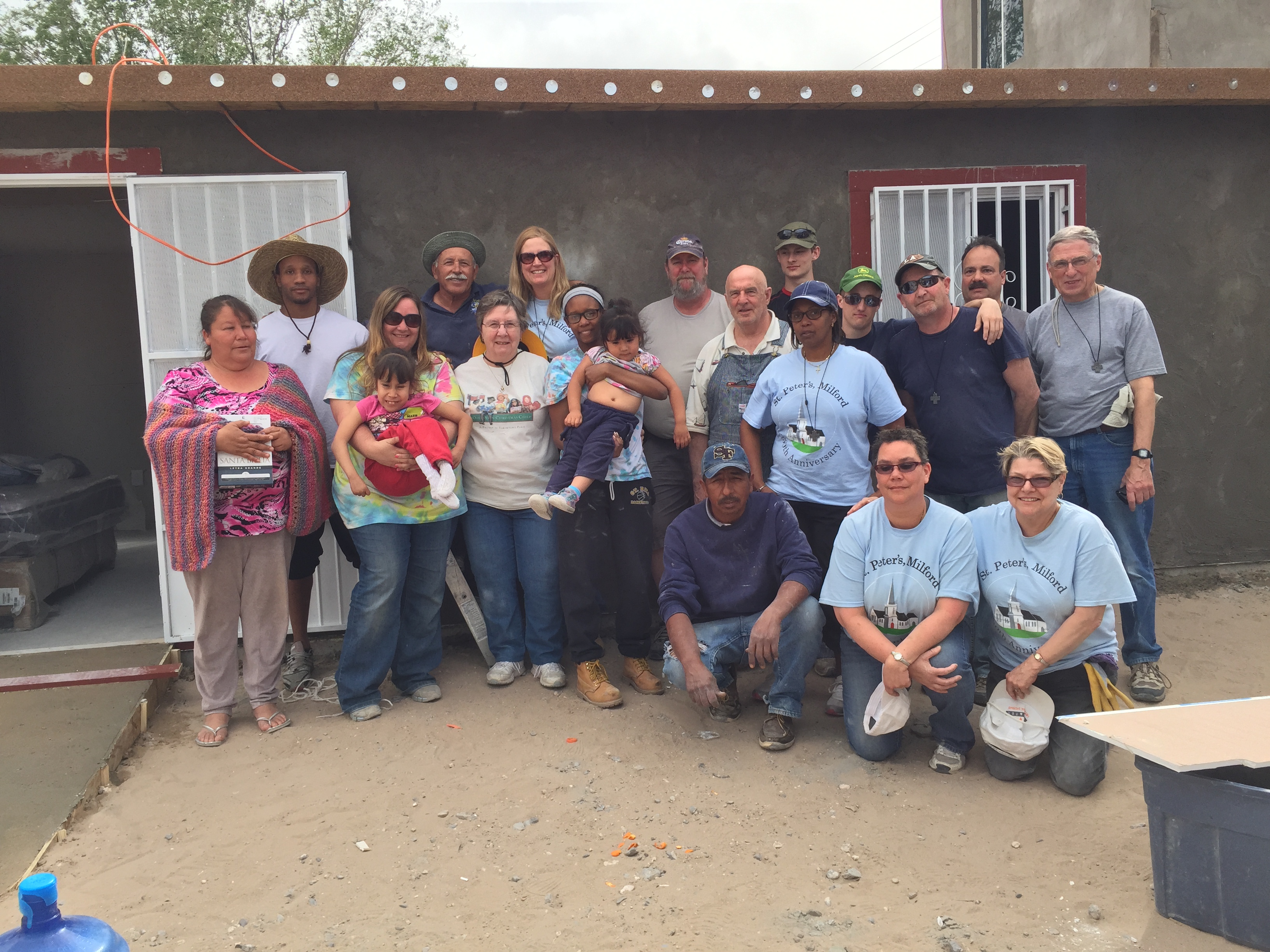