We are a congregation of the Episcopal Church. Located in downtown Milford since 1764, renamed St. Peter's in 1851, our congregation is a vital, welcoming Christian community, doing the work of the Gospel and meeting human needs -- spiritual and physical. St. Peter's Episcopal Church has been located in the heart of downtown Milford since Colonial times, offering the community and its residents a place for reverent worship and celebration in the Episcopal tradition, a program of religious education, evangelical outreach and community service. Attendance has been stable during the past decade. In recent years the parish family has been changing, with a greater number of younger families with children joining the church and participating in Church School. Attendance averages 150 people on Sundays. Special services and religious holidays such as Christmas and Easter swell that average to, at times, almost double. Sunday Services are at 8:00 a.m. (without music) and 10:00 a.m. Church School begins at 9:45 a.m. and the children and teachers join us at the Peace. The present church building was consecrated in 1851 and has stood as a spiritual and architectural landmark in downtown Milford since then. The church seats 200 people comfortably and has an attached parish hall and school classroom building. The rectory is located approximately one mile from the church in a quiet residential neighborhood.

Then He said to them, "Follow Me and I will make you fishers of men." Matthew 4:19

St. Peter's Episcopal Church traces its roots back to the Puritan Colony of Milford, when religious freedom and tolerance were evolving concepts in the colonies. In September 1764, Milford's first Church of England communion service was conducted. A year later, the Milford Episcopal Society attracted the attention of St. George Talbot of Westchester County, who had pledged his money and time to promoting the Church of England beyond New York City. 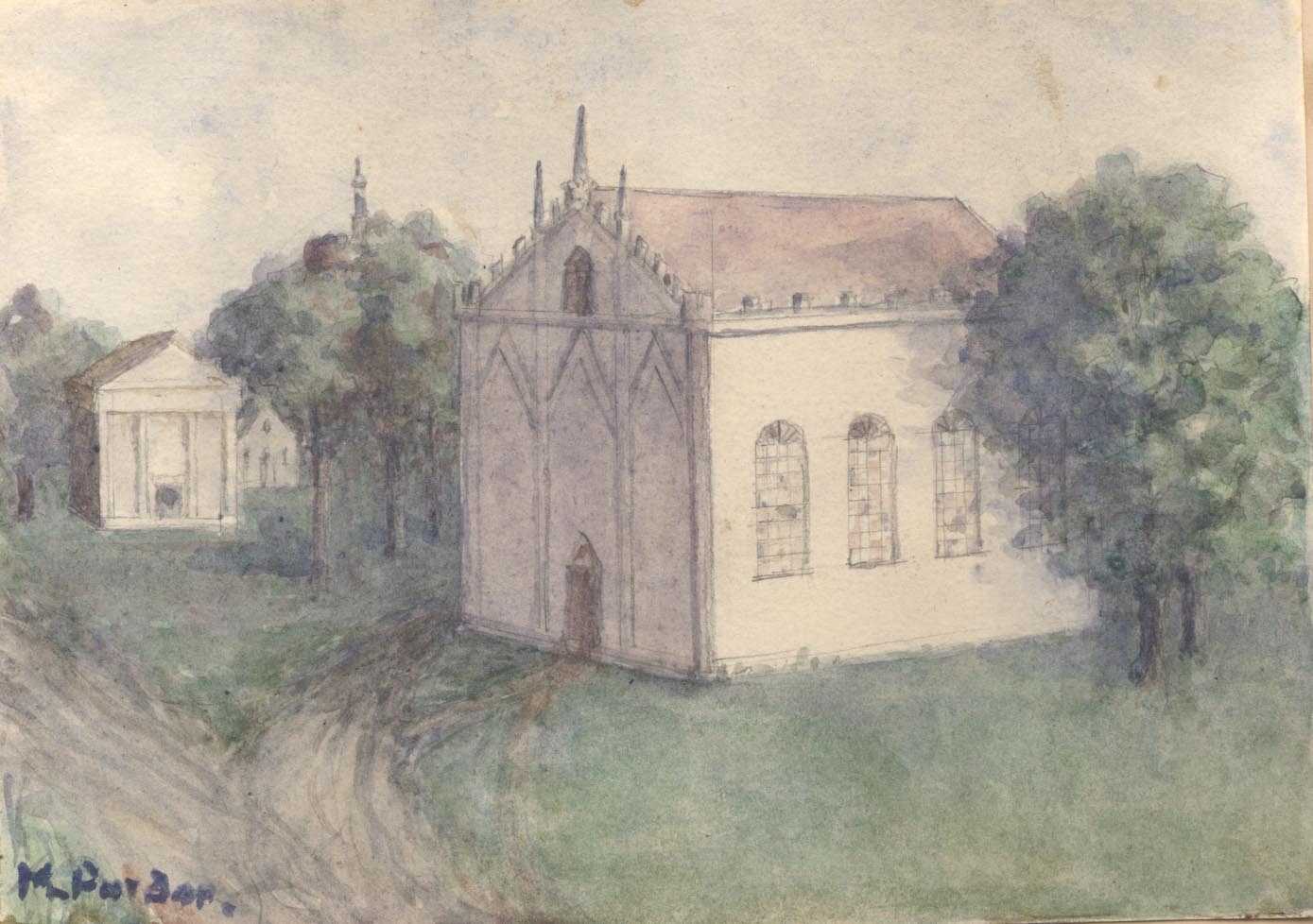 With Talbot's backing, the Society secured a deed from the town of Milford on January 2, 1765 for land on which to construct a church. Actual construction of the church did not begin on the site of the present St. Peter's Church until 1769. Named St. George's in honor of Talbot, the building's exterior was completed in 1772, the floor was put in place in 1774, and pews were added in 1775. Because there was no Colonial Bishop, the church could not be consecrated, but it was "set apart" and dedicated for Divine Service with solemn ceremonies in March 1775.

When the colonies began their struggle for independence from England, the church entered a period of uncertainty and dormancy. About three weeks after the Declaration of Independence was signed, the Connecticut clergy met and decided to close the Anglican churches. Parish records state: "From 1776 until 1786 there was seldom an assembling in the Church either for Prayers or Preaching; nor any new choice of Church Officers."

St. George's remained in a state of uncertainty, with financial problems for the half-century following the end of the Revolutionary War. Few records have been discovered to document activities from 1788 to 1805. It wasn't until the years of James Dixon Carder as rector from 1848 to 1861 that a transformation began. In 1849 the original wooden church was demolished and work began on the brownstone church that stands today. When the work was completed, an octave of services was scheduled beginning with the Feast of St. Peter on June 29, 1851. The festivities climaxed on July 2 with Thomas Church Brownell, Bishop of Connecticut, consecrating it "by the name of St. Peter's Church." The name change was formally adopted by the parish at its annual meeting in April, 1852 and authorized by the state's General Assembly in its May, 1852 session.

Father Knollmeyer's tenure as rector was a time of parish growth and development. His leadership included providing pastoral services to a mission in Devon, a neighborhood of Milford. That mission ultimately became St. Andrew's Episcopal Church.

During the 24 years of Father Taft's rectorship, the old rectory adjacent to the church was razed to make way for a school classroom building which was built in 1956 but never utilized as a school. A house on Glen Street, about one mile from the church, was acquired and continues to be the rectory.

Taft was a "larger than life" figure and is fondly remembered for his emphasis on pastoral care, the initiation of a convalescent home ministry and overflowing church attendance. Parish organizations flourished. He was an active participant in the Milford community, serving as chaplain of the city's fire department and chairman of the Red Cross Disaster Committee that served the community through several hurricanes. Through example he encouraged active participation of parishioners in the community's civic life.

Father Hulme began his ministry in Milford on June 29, 1975, the date that marked the 125th anniversary of the consecration of St. Peter's during James Dixon Carder's rectorship. The association was fortuitous. Like Carder, Hulme had a vision for St. Peter's. Under his direction, church members undertook a complete renewal of the church's fabric, from the slate roof to the carpeting in the nave and sanctuary, the addition of a number of stained glass windows, installation of new pews, relocation of the altar and a new kitchen for the parish hall.

Tragically, the joyous celebration of rededication and thanksgiving in the fall of 1981 was followed in June 1982 by a disastrous flood. The Wepawaug River behind the church overflowed during a 100-year storm that caused extensive damage throughout downtown Milford, including the church, parish hall and school building. The organ was a total loss. It was a tragedy that tested the mettle of Milford as a city and the parish family at St. Peter's. Thankfully and with God's help, parishioners and the community responded, and St. Peter's was again revitalized. The pipe organ was rebuilt as well as many parts of the church and parish hall.

During his rector ship, Father Hulme also introduced the congregation to the major changes taking place in the Episcopal Church, including the new Book of Common Prayer with its revised liturgies and greater involvement of women in the operation of the church. He was very active in community affairs, serving at various times as president and chairman of the local Red Cross Chapter and United Way. He helped found the Combined Parishes Action Committee (CPAC), a coalition of Milford churches dedicated to community service.

He was instrumental in founding, through CPAC, Milford's first community soup kitchen, which for several years was housed in St. Peter's Clemence~Memorial Parish Hall before moving to a permanent site. It was also during his tenure that the church contracted the use of the church school building for the Good Shepherd Day Care Center. His example inspires the parish today to continue our mission -- to know, to love, and to serve the Lord.

We called our fourth Rector in the 20th Century, The Rev. Andrew G. Osmun, who began his ministry with us on November 1, 1999. Under Osmun's leadership we have expanded our Mission Outreach Programs through many venues. Rev. Osmun retired on September 30, 2012.